Social networking is a crucial part of our daily lives, making its importance to business all the more important. Twenty-five years ago people would turn on the radio after waking up or watch the TV at the end of a long working day, but today those things have been replaced with Facebook, Instagram and YouTube. The change has been so sudden and so smooth that most businesses haven’t even realized they are behind the curve. Even some of the old school marketers are unsure about the value that lies in a social media campaign. Needless to say their doubts are unfounded. 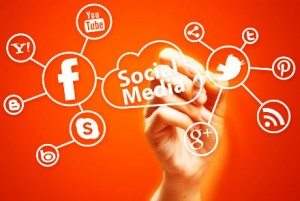 Volvo launched a viral video campaign recently where Hollywood star Jean Claude VanDamme was shown doing a martial arts split while perched upon two trucks driving in tandem. In less than a month the video received more than 60 million views. The campaign was so successful that Volvo did not even bother running that ad campaign on television. Such is the importance of social media marketing in today’s world.

A recent study by Texas Tech University stated that businesses that engage with their customers on social media platforms were more likely to have a loyal customer base than the ones that did not. A social media presence makes your business immensely accessible to a customer and thereby gives you other opportunities to gain new ones. Take the example of the Volvo video again. As the video went viral, more and more people shared it over different social platforms thereby gaining Volvo a big following and essentially a whole bunch of new customers that previously did not really care about the brand.

The process does not stop here. A massive fan base on a social platform gives a business a rare opportunity to be able to directly look into what their customers are talking about and what sort of expectations they have from the business.

Take the example of Instagram, the popular photo sharing app, where social media marketing experts are helping fashion brands identify the pictures that were most liked and shared across the platform. The brands in turn use those pictures in their other online and offline campaigns.

In the last 8 years, social media usage in USA alone has increased by 800%, providing businesses with unprecedented access to the masses. In essence, this is the opportunity of a lifetime for marketers who can bypass the expensive cost involved in mass media marketing to run a much more effective social campaign at perhaps 1/10th of the budget.

What makes conventional mass marketing even less appealing is the lack of ability a marketer has to tailor their businesses’ efforts only for their target market. Back in the day, a business would buy an enormously expensive ad spot on TV, radio or a print ad, hoping that their message would get across to those that were interested.

With the advent of social media, that thankfully, is no longer the case. For example, using advanced social media tools you can choose to restrict your social marketing efforts to only your target demographic using a variety of demographics like age, location etc.

In the end with a focused social media effort, not only are you able to get a loyal, targeted following, you save up on the cost involved with a much higher rate of return. If you don’t have a social media marketing plan already, rest assured that you are being left behind by your competitors that do.